Based on what National Flood Insurance has learned over the years, we know that floods can happen anywhere in the United States.

A question we commonly get asked is,
“Do I need flood insurance?” The simple answer is, Yes.

In fact, 25% of all flood insurance claims come from moderate- to low-risk areas. This means you don’t have to live in a high-risk zone to be affected.
Getting a flood insurance quote is easy and having flood insurance means you’re covered if groundwater rises and floods your home – something that isn’t usually covered by general homeowner insurance policies.
Find your region below to get more flood facts and to see what type of flooding your property is most prone. Let National Flood Insurance help keep you protected by providing an accurate flood insurance quote.

Wherever it rains, a flood can happen and it’s not just surrounding water that makes certain states flood prone.

Flooding is a year-round, coast-to-coast threat to the United States as geography, seasonal weather, and human activity all play a key role. Flooding generally occurs when there is continuous rain over several days, when severe rain occurs over a short period of time, or when ice melt or a debris jam causes a river to overflow in its surrounding area.

Flooding isn’t, however, all natural.

Flooding can also result from the failure of manmade water control structures such as a levee or dam failure. However, the most common cause of flooding, especially in high-risk states such as Florida, Texas, Louisiana, North Carolina, and other coastal locations, is from rain and/or snowmelt that accumulates faster than grounds can absorb it or rivers can carry it away.

Consider these quick flood facts when deciding on a flood insurance policy:

Though the Northeast is prone to coastal storms, majority of flooding comes from snowmelt and ice jams. Springtime in the Northeast brings sunshine, warmer weather, and longer days; it also brings heavy rains, severe weather, and rapid snowmelt, which can increase the risk of flooding. Consider this: each cubic foot of compacted snow contains gallons of water. This means if there is a rapid amount of snowmelt, there will be large amounts of runoff into lakes, streams, and rivers, causing excess water to spill over their banks. Add just a few seasonal storms on top of that, and the result severe flooding.

Characterized by water runoff produced from melting snow. Because the ground is hard and frozen, water cannot be reabsorbed, so in addition to flooding, rapid snowmelt can trigger landslides and debris flows. 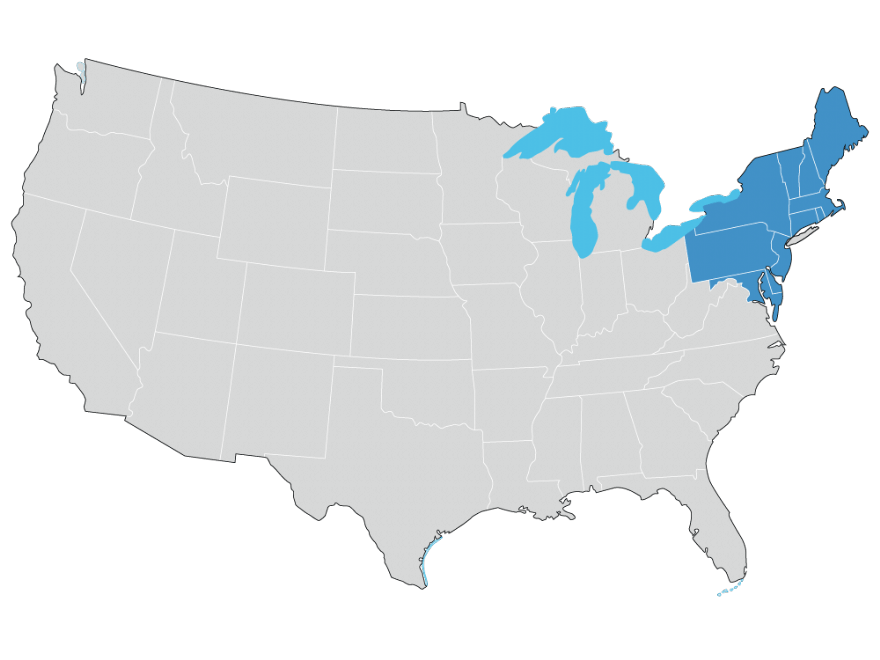 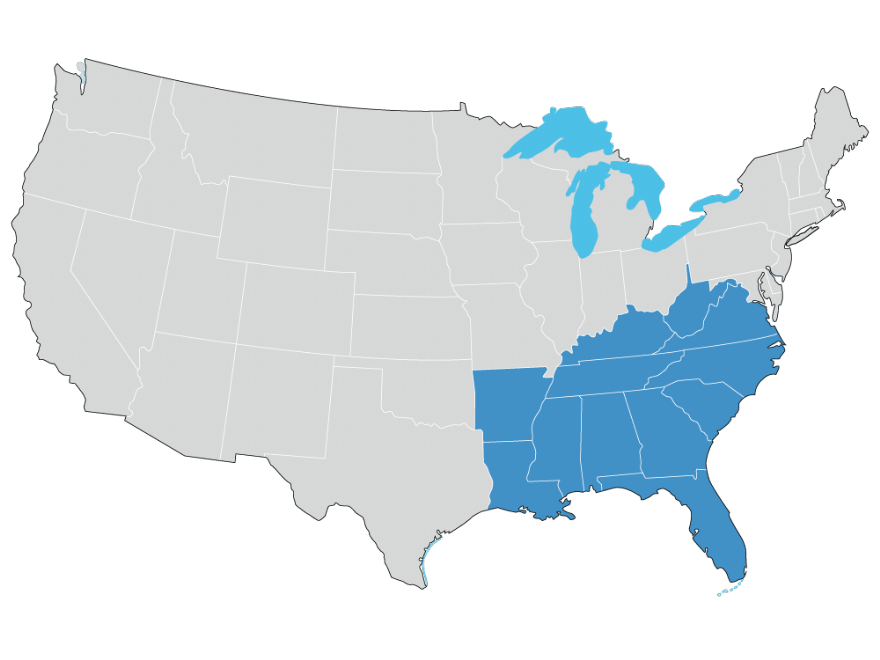 Coastal flooding generally occurs along the edges of oceans, and is caused primarily by storm surges and wave damage. In the Southeast, this kind of flooding is usually connected to hurricanes and tropical storms (typically during hurricane season) between June and November. As storms move inland from the ocean, they can (at times) carry domes of water in excess of 25 feet in diameter. When water this height reaches the shoreline, it can cause significant damage to beaches and structures, with destructive potential along the coast including erosion and flooding.

Characterized by a land-falling or near-land system such as a Tropical Storm or Hurricane. Along the Southeast coastline, storm surge is often the greatest threat to life and property.

A relatively higher number of flooding comes from the Northeast into the Midwest. In these northern regions, snowmelt combined with rainfall leads to excessive river overflow and flooding in spring. River flooding particularly occurs is counties near the Red River along the border between northwest Minnesota and eastern North Dakota. River flooding is typically classified as minor, moderate, or major based on 1.) water height and 2.) the impact along the river.

Characterized by water within a river overflowing to its banks and spreading across the surrounding land. Extremely common in the Midwest, this type of flooding can take days to dissolve. In mountainous regions, where water flows together through steep valleys, floodwater tends to move faster and remain for a shorter period of time. 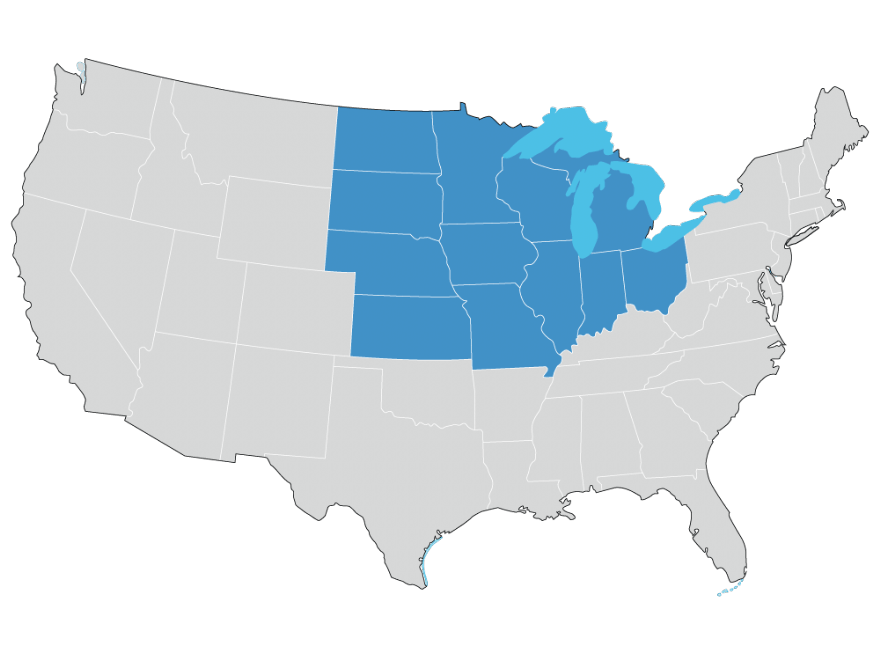 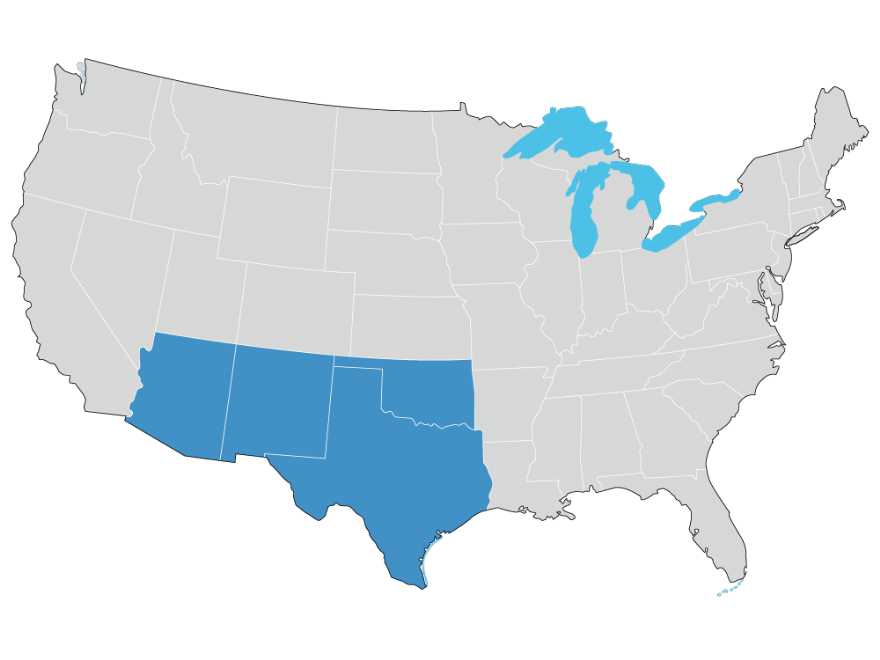 The desert Southwest, despite its dry reputation, is still extremely susceptible to floods. Part of the reason is due to the larger counties and therefore, a greater geographic footprint.

The Southwest is susceptible to year-round coastal and regional storms including winter frontal storms between late November and mid-March and severe thunderstorms and/or dissolving tropical storms from the Pacific Ocean and Gulf of Mexico between late summer and early fall. These types of storms can easily result in city, farm, and desert flooding due to poor drainage (the ground being hard and dry with water having nowhere to go) or river overflow.

In the Southwest, Texas is particularly vulnerable to harsh weather and severe flooding, even hundreds of miles inland. In fact, Texas leads the nation (over Florida and Louisiana) in flood-related damages most every year.

Characterized by heavy amounts of rain that once reaches the earth surface cannot evaporate or enter the earth’s soil resulting in run over.

Though the climate of the West is generally described as semi-dry, parts of the West get extremely high amounts of rain and/or snow. In addition, the climate of the West can be very unpredictable, as areas that are normally wet can be extremely dry for months or years and vice versa. As a result, flash floods from thunderstorms with the excess rainfall causing rivers, creeks or dry streams to quickly fill and produce high water are a major concern. The main causes of flash flooding include heavy rain, ice/snow melt or debris jams, and levee or dam failure. Urban areas are especially prone to flash floods due to the large amounts of concrete and asphalt surfaces, which do not allow water to absorb into the ground easily.

Characterized by a rapid rise of fast-moving water and one of the most common types of flooding in the Western and Southwest regions where low lying areas might be very dry one minute, and filled with rushing water the next. 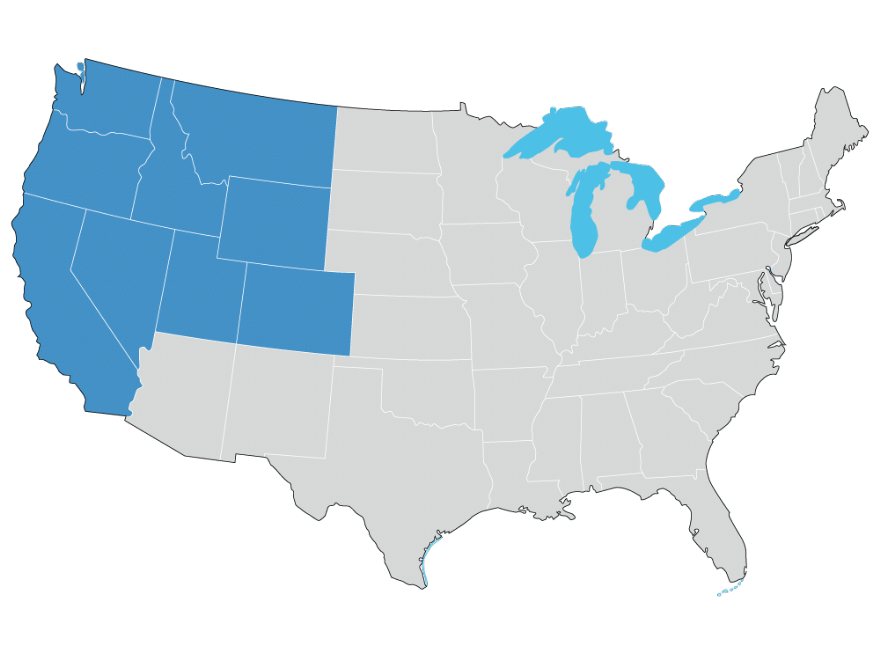 Are you ready to start your flood insurance quote?

Get the nationwide flood insurance coverage you need to be protected when the flood comes.